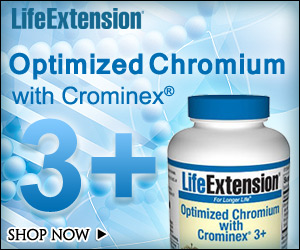 Chromium is one of the most used ingredients in weight loss products. It is probably an active ingredient in well over dietary supplements. However, as the research will show, there is little evidence to suggest that chromium enhances fat loss.In the I970s, chromium deficiency was recognized in humans on long-term total parenteral nutrition and was characterized by insulin resistance and hypercholesterolemia.

Subsequent research reported that chromium acts as part of the glucose tolerance factor (GTF) by enhancing the effectiveness of insulin. In type II diabetics, chromium supplementation improved fasting blood glucose and insulin levels after 2 and 4 months of treatment. This is important because chromium may improve insulin sensitivity in this population. Chromium appears to act by increasing the rate of insulin internalization, which could be due to an increase in membrane fluidity.

Because chromium may increase the muscle cell’s sensitivity to insulin and thus increase amino acid transport into the muscle, researchers theorized that chromium supplementation during strength training programs would result in greater gains in muscle mass and concurrent losses in fat weight than training alone. In the beginning, chromium was thought of and researched as an aid to increase muscle mass during training; it was not researched as a fat-loss supplement.

The fat loss, if any, would be subsequent to the gains in muscle mass and the increase in resting metabolic rate associated with the gain in muscle. Therefore, it would stand to reason, if chromium did indeed work, it would only be under conditions of exercise training, and fat-loss would be a secondary benefit. Furthermore, it would also suggest that chromium would be ineffective as a fat loss product without exercise. This further supports the fact that fat loss can be achieved only through reduced caloric intake and increased caloric expenditure.

Also, body composition was determined by skin fold measurements, and body weight was measured with the subjects wearing shorts, T-shirt, and tennis shoes. No mention was made as to whether the researchers required the subjects to wear the same clothing and shoes for each of the 3-week measurements. The subjects in Evans’s study were poorly controlled during the training program, and there was no standardization regarding prior weight training experience.

This was the first study to report a statistically significant weight-loss effect with chromium nicotinate, and it is not known why the chromium nicotinate group responded better than the chromium picolinate group. Although this study did report a significant effect from chromium supplementation, it is in the minority It is safe to say that the majority of research does not support the use of chromium as a weight-loss supplement.

In addition to questioning the effectiveness of chromium, some researchers have questioned the safety of chromium. The National Research Council claims that toxicity from chromium occurring in the diet is so low that there is a wide range between the amount normally consumed and the amount that has harmful effects However, the National Research council did not consider the effects of supplemental chromium. Chromium is a metal and must be chelated to another compound to increase absorption.

The most popular compound for chelation of chromium is picolinic acid. Chromium picolinate is stable in the body. However, this stability could lead to an accumulation in cells, which could result in cell damage. Chromium picolinate has been associated with a 24% decrease in transferrin saturation of iron. Transferrin is the iron­transporting protein in the plasma.

Because chromium competes with iron for transferrin, an increase in blood chromium levels could reduce the iron transport and distribution, which could ultimately affect oxygen-binding capacity of the blood. Additional studies have reported that picolinic acid may prevent the availability of minerals for metabolism and tissue function by increasing mineral excretion. In vitro studies have reported that picolinic acid alters cell size, shape, and function. In addition, chromium supplementation has been associated with kidney failure and rhabdomyolysis. In both case reports, the individuals were consuming chromium above the recommended dosage. A study was presented at the 1999 Annual Meeting of the American Chemical Society.

Dr. Vincent from the University of Alabama reported that chromium picolinate, at 100 times less than the concentration found in human body tissue after long-term use, reacts to form chromium II, which interacts with oxygen to produce hydroxyl radicals. These molecules are known to alter the DNA structure. Furthermore, Dr. Vincent reported that when vitamin C is combined with chromium picolinate the potential for damage is even greater. As lefavi and coworkers pointed out in their review of chromium, the potential safety concerns associated with chromium challenge its effectiveness as a dietary supplement, and more research should be conducted on the potential adverse reactions that have been reported from in vitro studies.