Krill oil is one of the world’s best sources of omega 3. It is better even than regular fish oil, or cod liver oil. Krill are tiny creatures that are found in all the oceans of the world – particularly in cold water oceans, like the North Atlantic. There are eighteen different species of krill, and they are in plentiful supply – unlike some species of oily fish.

Another advantage they have over oily fish is that they do not contain levels of mercury that are likely to be harmful to humans in any reasonably quantity. If you are worried about the mercury levels in oily fish, then using krill supplements may give you peace of mind. Finally, krill oil contains more additional vitamins as well as omega 3 than regular fish oil – these include vitamin A, vitamin E and vitamin D. This last is particularly important, as it is only found in oily fish and sunlight – if you stay in a country with long, dark winters, then a regular intake of vitamin D is essential to good health. Krill oil is also purer than fish oil, and is less likely to leave a bad taste in your mouth, or give you fishy breath.

Krill oil is very good for your brain, for several reasons: 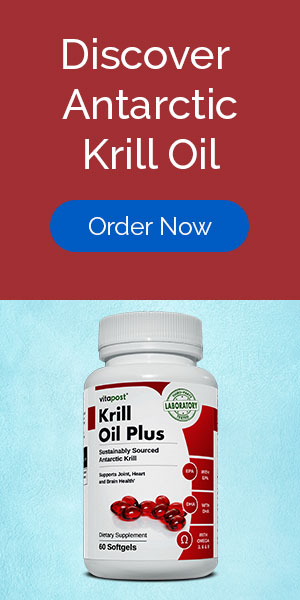 People who suffer from mood swings can benefit from krill oil, as it helps to increase the brain’s communication of moods. This benefit helps for both depression and for bipolar disorder. The krill oil can help to balance out the peaks and troughs in moods caused by bipolar disorder.

Krill oil can also help with schizophrenia. In one study, young people who showed early signs of developing schizophrenia and had relatives who already had the conditions were given regular fish oil supplements. Young people who took the fish oil were significantly less likely to develop schizophrenia than the control group. If you or someone you know suffers from schizophrenia, then you should speak to your doctor about the possible benefits of krill oil.

Krill oil can be effective in tackling postnatal depression. Krill oil is particularly important in this instance, as women who are breastfeeding cannot take regular antidepressants – they either have to go without or give up nursing. Krill oil and other fish oils are beneficial because no harmful chemicals are passed to the baby during feeding. If you suffer from postnatal depression, then you should raise the issue with your health visitor or doctor, and ask for more information on krill oil.

More generally, people who suffer from any sort of depression may benefit from krill oil. It helps the brain to better balance impulses that affect the mood. If you suffer from depression, it is well worth trying fish oil to see if this helps you to overcome the condition. This is particularly effective if you can also manage regular exercise, too.

Finally, krill oil can be used to help with concentration levels. If you are studying, then maintaining your intake of krill oil or any other source of omega 3 will enable you to concentrate on your books for longer. You should start taking the krill oil well in advance of any exams, though, as it takes a while for you to get the best out of any supplements.

Krill oil can also help concentration in children who suffer from hyperactivity. Children with ADHD, or attention Hyperactivity Disorder, tend to have low levels of omega 3 in their systems. Increasing their omega 3 intake can improve their concentration spans.

Krill oil can be very beneficial for the skin, bone, eyes and muscles. 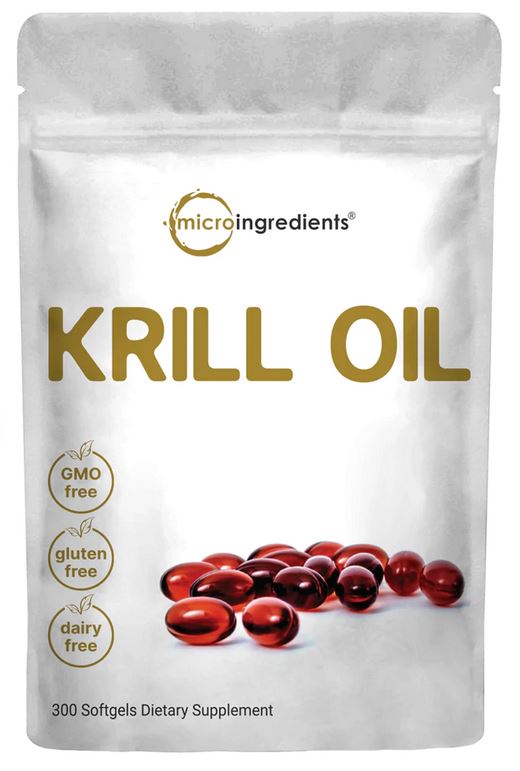 The vitamin E found in krill oil is very good at protecting your skin from things in the environment that cause it to age. Omega 3 can also keep your skin firm, supple and glowing.

People who suffer from arthritis should take omega 3 to improve their condition. Krill oil can reduce their aches and pains, and improve their flexibility.

Athletes, particularly those who specialize in sports that have a great impact on the muscles, including weight lifting and running, should find that a regular vitamin D intake reduces the recovery time after workouts, including any stiffness or pains they may experience.

Krill oil, particularly its omega 3 content, may also have a role in reducing the risk of osteoporosis. This is of particular interest to women, who are more likely to suffer from the disease.

Both the vitamins and oils found in krill oil can improve vision. Omega 3 is important almost from conception, as it helps to develop a foetus’ vision while it is still in the womb. Taken throughout life, omega 3 can reduce the risk of damage to the eyes, and the risk of developing age-related macular degeneration. This is a long-term condition that can eventually cause blindness.

Krill oil is also useful in preventing a range of other serious illnesses.

Krill oil may be able to slow the development in cancerous tumors. Early studies have shown that omega 3 can halt the development of breast cancer. At the moment, research into this area is in its infancy. However, if you are worried about developing cancer, you should ask your doctor about the possible benefits of krill oil.

Krill oil is also very good news for anyone who is concerned about their heart. It has antioxidant properties, and helps reduce harmful forms of cholesterol. It can prevent blood clots from forming in the arteries, and thus reducing the risk of heart attacks.

In some cases, krill oil should be approached with caution.

Krill oil is an anticoagulant. If you are on medication for high blood pressure, then you should check with your doctor before taking any krill oil supplements, including aspirin. The same applies if you are on anticoagulants as part of fertility treatment, or for any other reason. In many cases, your doctor may recommend that you do not take krill oil while on other anticoagulents.

Krill oil is increasingly popular. It can be found in all health food shops, and in some major supermarkets. If you are allergic to shellfish then you should approach krill oil with caution, as it is unknown as to whether or not it may trigger an allergic reaction.

How to Avoid Bad Krill Oil Products and Choose One That Actually Works?

Krill oil supplements have been quickly gaining popularity in the media and the natural health community. This miracle oil has claimed to be beneficial for everything from heart disease to arthritis to memory, and it is no surprise that many manufacturers are jumping at the opportunity to cash in on the krill oil craze. Krill Oil indeed has many health promoting functions including the ability to lower cholesterol, unclog the arteries, relieve joint pain, reduce PMS, improve memory and increase energy. However, as a consumer, one needs to be aware that not all krill oil supplements are of the same quality, and there have been many incidents where the product ended up not being what it claimed. If you are interested in trying krill oil to improve your health, you need to be aware of the potential dangers in some of these supplements. We recommend to always look at the product’s Consumer Lab analysis to verify its potency and purity. The following are some of the disturbing facts that came to light in independently conducted tests: 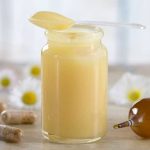