The secret is out: there are ways to boost your cognitive function legally and safely. Nootropics, a class of nutraceuticals, smart drugs, and dietary supplements, provide users with increased focus, enhanced short term memory, and improved clarity. Nootropic stacks – synergistic combinations of these compounds – have the added benefit of blending effects for a potent mental edge.

How do they work? There are as many mechanisms of action as there are products on the nootropic shelf. Most work by augmenting how your brain processes specific neurochemicals. They supply extra oxygen to the brain, or stimulate the nervous system. So, how can you get these benefits? Just follow our Nootropics Guide.

Nootropics for Focus and Attention

To be at your productive best, you’ve got to keep focus on the task at hand, defuse distractions, and fight off the A.D.D. symptoms we all feel from time to time. Fortunately, some of today’s nootropics show serious benefit to attention. If you’re looking to make the most out of your day, try one of these:

Intelligence is infamously difficult to measure, but one metric has to be the strength of your short term memory. Being able to recall facts, figures, and names not only helps you solve problems. It also adds fluidity to your conversation and efficiency to studying.

Many compounds claim boosts to memory, but research and user reports indicate that the most effective include:

Sunifiram: Shown to be effective at reducing the effects of induced amnesia, sunifiram provides potent boosts to working memory through mechanisms of action in the hippocampus.

PRL-8-147: This compound, and associated nootropics such as PRL-8-47, may be the most powerful smart drug ever developed. Trials in humans also show notable improvements in word recollection tests relative to placebo and users rave about its benefit to working memory.

If you’re like just about everyone else in the world, you probably use caffeine – whether in coffee, tea, or soda – to provide you with a reliable energy boost. But, it turns out that there are compounds that are significantly more effective at waking you up without the dreaded midmorning coffee crash. Get your rest, eat your veggies, and try one of these potent compounds:

Could you benefit from a mental edge? Just reading this nootropics guide won’t do the trick. Try one of the synergistic nootropic stacks and find out what millions of users already know.

Millions of people are enjoying enhanced cognition, improved memory, and clearer focus thanks to nootropics. These supplements and nutraceuticals work by altering the availability of neurochemicals. They stimulate the nervous system, and/or improve the supply of oxygen to the brain. But, despite the proven benefits, nootropics are not approved by the Food and Drug Administration (FDA).

This prompts the question: are nootropics safe? 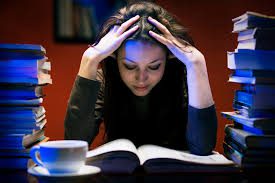 Any drug or supplement that works has the potential for side effects. Luckily, the majority of nootropics on the market have few, if any. While some users may experience headaches or nausea when taking specific supplements, moderating dosage and finding the right compounds can eliminate these issues altogether.

But what about the long term? Can you safely use nootropics on a daily basis? New studies are being conducted all the time. Current research shows that common nootropic compounds have low toxicity, extremely low overdose risk, and a benign safety profile. Further, many nootropics are given the status of Generally Recognized As Safe (GRAS) by the FDA.

Let’s look at some specifics:

But why aren’t nootropics regulated?

The Food and Drug Administration is tasked with making sure that your food and medicine is safe. Nootropics fall into the same category as vitamins and other dietary supplements. That means that the FDA only intervenes in the case of misbranding or adulteration. Just because a product is not approved by the FDA does not mean that it is not safe. In fact, most doctor-recommended supplements and vitamins are regulated the same way as nootropics. Are nootropics safe? Don’t count on the Food and Drug Administration to make the call.

The verdict? Yes, nootropics can be used safely. But, as with any health regimen, it’s important to do your research. Are you looking to improve your cognitive function, including memory, learning ability, and mental clarity? The exciting truth is that there are safe, effective compounds that you can take every day to be at your best. Try one today and find out what millions of nootropics users already know.

Nootropics are your best bet for increasing focus, boosting cognitive abilities, and gaining a mental edge. Whether you’re trying to be more productive at work, more focused in your own projects, or simply want to experience a new level of clarity, there’s a nootropic out there for you. But, as with any drug or supplement that actually works, some smart drugs do have the potential for adverse effects. While most nootropics side effects are minor, nausea, headaches, or dizziness can really interfere with the desired benefits.

The first thing to know about the adverse effects associated with most nootropics is that the majority of users never even experience them. But, as with most dietary supplements, drugs, and compounds, everyone’s reaction is a little different. Let’s take a look at some common nootropics side effects.

What to do about nootropics side effects

As we’ve seen, the side effects associated with most nootropics are mild and transient. If you experience any unwanted results from your nootropic regimen, the first thing to do is to curtail or reduce usage. Just as some people can’t eat peanut butter, for rare individuals, certain smart drugs may not be advisable for you. While a day of headaches, nausea, or agitation may be inconvenient, the potential benefits vastly outweigh the risks. Try one and find out what millions of nootropics users already know.