Depression is one of the common andropause symptoms and is not gender specific! It can, and does, affect both men and women equally.

Depression has a dark side, particularly for men. According to the World Health Organization, just over 796,000 people committed suicide globally in 2018. This figure doesn’t include some physician-assisted suicides in those countries that have legalized it so the actual total is higher.

Alarming figures but in almost ALL countries the rate of male suicide is significantly higher than female suicides. In fact, there are only 8 countries in the world where more women, or an equal number of women, commit suicide. In some countries men are 9 times more likely than their female counterparts to suicide.

Whilst obviously not all males who are depressed commit suicide, depression nevertheless can and does have an overwhelming affect on their lives, and also on the lives of those around them. This is possibly because many men have a problem with reaching out to get help and advice. Admitting to a health issue as significant as depression is often seen as ‘unmanly’ and a weakness, as is getting help for it. So men continue to try and cope with the issue on their own as best they can, which may result in a downward health spiral that ultimately leads them to take what they see as the only solution.

Depression is one of the common andropause symptoms. Andropause is the so-called male ‘mid life’ crisis equivalent of menopause for women. In reality though the two types of ‘mid-life crisis’ differ quite a bit. Menopause, as a normal part of the aging process, is something all women go through; it’s only the degree to which they’re affected that differs. Some women don’t have too many issues at all whilst other women suffer badly enough that they need hormone replacement therapy.

Andropause is the result of a gradual decline in testosterone production that begins around the age of 30 for many men. It can take decades to reach the point where testosterone production drops off enough to cause significant health issues that require andropause treatment. Some men never reach that point and continue to produce enough testosterone to maintain normal health right through until old age.

However, those men who do suffer a significant decline in testosterone production as they age typically develop andropause symptoms including:

Helpful Tips For Andropause And Depression

If someone you know, or you yourself, are suffering from depression or other health issues that may be contributing to depression, here are some ways to help.

Know that bottling everything up inside is not a good idea. Find some way to effectively reduce the tension and frustration you may be feeling.

Don’t be afraid to talk to someone. A physician is an excellent start and will be able to help determine the underlying issues with a view to treating them. If you don’t want to talk about depression, and many men don’t, it may be easier to talk about more general andropause symptoms you’re experiencing – lethargy, no energy, poor sleep, and so on.

Keep active. There’s mounting evidence to suggest that obesity and depression often go hand in glove. Increased fat buildup is in fact one of the common andropause symptoms so making exercise a regular part of your routine is excellent andropause treatment for many reasons. It releases ‘feel good’ hormones in the brain that not only make you feel a lot better, but also help improve your sleep as well. The regular exercise will help keep you fit, reduce your stress levels, and you’ll look heaps better too.

A healthy diet is the basis for a healthy lifestyle. As well as eating a lot of fresh fruit and vegetables there are a number of foods that are useful andropause treatment for symptoms like depression. The list includes whole grains, oily fish, brown rice, and leafy veggies. Notably, oily fish is high in Eicosapentaenoic acid (EPA), an omega-3 fatty acid. Studies into EPA and depression have found that subjects taking fish oil high in EPA daily had reduced symptoms of depression such as suicidal thoughts, insomnia, and feeling hopeless.

Get rid of the processed foods, especially the ones that high in processed sugar and artificial trans fats. They’re also a major contributor to obesity. Excessive caffeine and alcohol consumption likewise are linked with worsening depression so avoid too much of those as well.

Consider enrolling in yoga, tai chi, and similar classes that teach techniques for relaxation. They’re also great exercise. Massages and aromatherapy are another way of helping yourself de-stress. Studies have shown that lemon oil in particular is a highly effective anti-depressant and can ease stress.

Get enough sleep. Between 7 and 8 hours a night is recommended. This may be easier said than done because insomnia is one of the most common symptoms of depression but there are a few things you can do to help. Cool dark bedrooms are more conducive for sleeping. Be sure not to drink anything stimulating like caffeine within a few hours of bedtime. Learn relaxing techniques – deep breathing is one.

There are also a few foods that are helpful if eaten just before bedtime. Consider a pre bedtime snack of chicken, turkey or fatty fish, have a handful of walnuts and almonds, drink some chamomile or passionflower tea, eat a banana and kiwi fruit salad topped with yogurt and honey, or try a more savory snack of eggs and kale. These foods all naturally increase production of tryptophan and melatonin, the sleep hormones.

Find something you enjoy doing and get into the habit of doing it regularly. If it involves fresh air, sunshine, and exercise, so much the better but really, anything that absorbs your interest and takes your mind off your problems will help.

Take a good look at your life. Chances are you’re a perfectionist. Many men with ongoing depression are, and the perception that they’re not living up to their expectations of themselves contributes to their depression and feelings of inadequacy. Take steps to reduce your expectations, or your workload, or even consider a new career direction that is less demanding.

Take a break. Vary your routine. Go on a holiday. Anything that breaks up your normal routine for a bit can be an effective andropause treatment for symptoms like depression.

Every healthy male will experience a decrease in the production of testosterone, the “male” hormone, as he ages.

This decline in testosterone is gradual, spanning ten to fifteen years on average. While the gradual decrease of testosterone does not display the profound effects that a woman’s menopause does, the end results are similar. They are lethargy (feeling that you have no energy), loss of muscle mass and strength, increased fat and loss of libido (sexual drive). Until recently, this male phenomenon has been virtually ignored. The onset of symptoms is gradual and can be vague, and therefore can be easily missed.

This page was designed to help you deal with, and feel good about your andropause and to explain the physical and psychological changes you’ll experience. It will also provide you with different options to avoid or alleviate problems and describe medical treatment that may be needed. 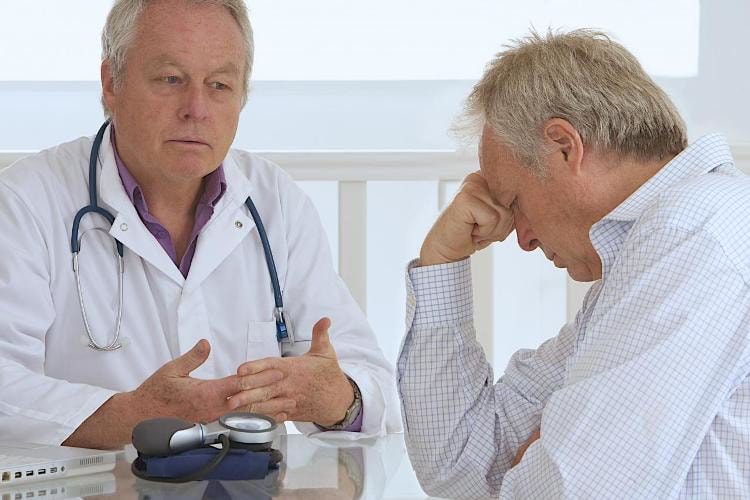 WHEN DOES ANDROPAUSE OCCUR?

When levels of testosterone fall, the condition is known as hypogonadism (hypo = low), (gonad = testis or ovary).

There Are Two Types Of Hypogonadism: Primary And Secondary 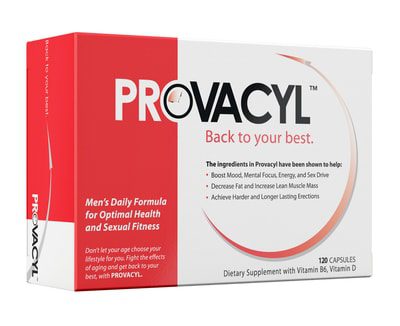 How Does Estrogen Occur In A Man’s Body?

How Do Levels Of Estrogen Become Elevated?

Testosterone In Your Body

Testosterone can be either free or bound within the body. Bound testosterone is not available for use, as it is bound to other substances throughout the body. Most of a man’s testosterone is bound. The remaining testosterone is called free or bioavailable testosterone. Normal levels of testosterone are between 350 – 1000 ng/dl (nanograms per deciliter). Of this, 97 – 98 percent is bound. Most of the binding occurs to a sex hormone-binding globulin (SHBG). The amounts of SHBG within the blood increase with age. The SHBG traps much of the circulating bioavailable testosterone, making it unavailable to exert its effects on the body. It is the bioavailable testosterone that promotes strength in the muscles and maintains or increases muscle mass, libido and sexual performance. It also improves quality of sleep, increases mental and physical energy, and also promotes improvements in mood and the sense of well-being. Testosterone also plays a role in synthesizing proteins. It affects many metabolic activities, such as the production of blood cells in the bone marrow, formation of bone, lipid (fat) and carbohydrate metabolism and growth of the prostate gland.

Common Changes That Are Manifested In Andropause Include:

The long-term effects of hypogonadotropinism include:

In healthy individuals, bone tissue is constantly being broken down and rebuilt. People who have osteoporosis do not rebuild bone tissue as fast as it is broken down. Bone density in men between the ages of 40 to 70 decreases by up to 15%. This is a concern, as a person with low bone density is at risk for bone fractures. Common fracture sites are the hips, wrists, spine and ribs.

With advancing age and declining testosterone levels, a man’s risk level is similar to women. One in eight men over the age of fifty has osteoporosis.

Who will develop osteoporosis cannot be predetermined, but there are risk factors that will predispose a person to developing osteoporosis. The risks include:

How Do You Find Out If You Are In Andropause?

The only way to find out for sure, is to have a blood test that measures the bioavailable testosterone. The best time for this test is in the morning, due to the night and day cycle peaks of testosterone.

There are two different types of preparations of testosterone available in Canada:

The injectable testosterone is usually given intramuscularly (a needle) every two weeks.

The oral testosterone is taken daily. 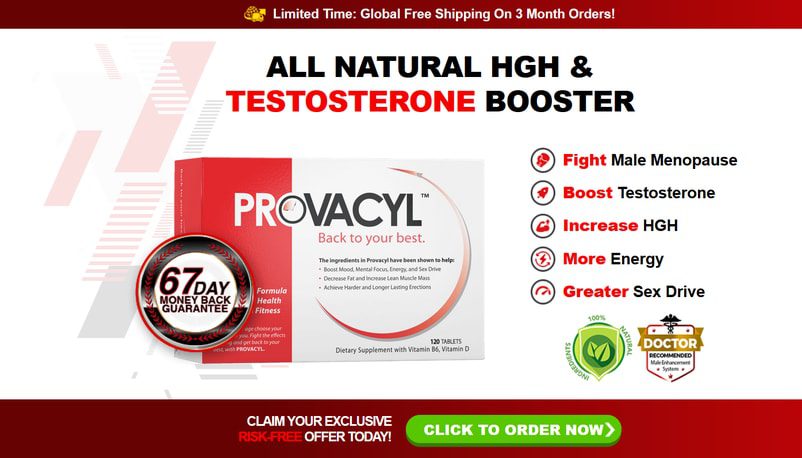 When men hit the age of 40, their testosterone levels drop significantly, which leads to a number of negative side effects like weak erections, loss of muscle, memory loss, and weight gain. This condition is known as andropause. Provacyl’s unique formulation helps get to the root of this condition. These are only a FEW of the key ingredients that set Provacyl apart from other andropause supplements:

ZMA: Popular among athletes, it has been found to increase muscle strength and stamina, speed up muscle recovery, and improve the quality of sleep.

GABA: Stimulates the production of HGH.

L-Arginine: Clinical studies have shown that arginine can as much as triple your HGH levels, even into old age. 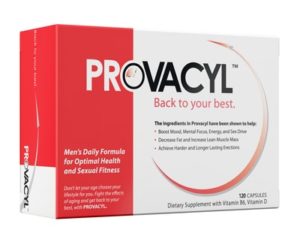