A Trimmer 50 Cent Worth More Than That These Days

His full name is Curtis James Jackson III but he coined the name 50 Cent for himself after Brooklyn robber Kelvin Martin, who was known as 50 Cent. Apparently, the way the original 50 Cent did whatever he had to to provide for himself inspired young Curtis who, at the tender age of 12, was selling drugs on the street in between school and boxing. 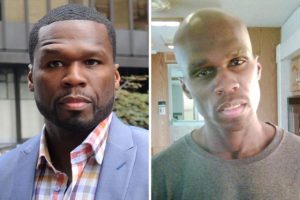 His grandparents, who brought him up after his drug-dealing mother died in a house fire when he was 8, thought he was in after school programs. It wasn’t until he was caught with drugs and guns at school that he came clean and told his grandmother outright what he was doing. He was arrested twice in 1994 for possession of drugs but got out of serving jail time by doing 6 months in boot camp instead.

Today though 50 Cent is better known as one the best, and wealthiest, rappers around. His first major album, produced with the help of Eminem and Dr Dre, took off, as did his second. He has since sold more than 30 million around the world. His 6th album was released in 2016.

50 Cent’s adult life also hasn’t been without its dramas. In 2000 he was shot 9 times at point blank range and spent several months in hospital recovering. In his autobiography he says that getting shot at close range and not dying made him realize that he must have been spared for a purpose.

Part of his rehabilitation from the shooting was working out and his weight dropped to around 160 pounds. However, it was back up to over 200 pounds by 2010 before he made a concerted effort to lose it again. Today he’s barely recognizable as that once chubby rapper.